About this Network Marketing site

Two people were instrumental in creating and maintaining this site, and this page is about them.

Dale Moreau started this website in 2017 and was responsible for writing a remarkable number of blog posts, 454 to be exact. Steven Peter Burke (Smiling Steve™) took ownership in 2021 and began fixing the SEO issues (this was not Dale’s forte, but he sure was an excellent student of Network Marketing).

Why did Dale give Steve the site in March of 2021? Because Dale was dealing with cancer and knew the website had been damaged and needed work.

Dale put in a massive effort to create the site. And, no, the SEO was not perfect, but he had crated a lot of content and did not want to see that effort wasted.

Steve did an SEO Audit on Dale’s site while testing a tool called Ubersuggest. And it was this test that uncovered a shocking issue with Dale’s website.

When a friend of Dale’s changed the site hosting, the entire site was mistakenly set to Noindex on the search engines. And this means that search traffic went to zero in 6 months’ time.

Imagine working for years to create over 500 web pages and having all that effort go from 9,000 monthly search visitors to nothing. Then disaster two struck.

Smiling Steve™ moved the site and spent 300 hours fixing some of the issues on the site, only to have the server hacked!

On June 15th, 2022, a project began to make the site 100% correct. This will be the feature of a YouTube video series by Smiling Steve™.

The site’s founder, Dale Moreau, should always be created with the effort to establish this site and provide an environment for learning that will help tens of thousands of people. Steven Burke (Smiling Steve™) will now complete that project.

Details about the YouTuvbe videos series will be included here shortly.

If you want to find out how Smiling Steve™ became an SEO Expert as well as a Network marketing master, you will have to wait. Because that page is not written yet.

However, if you are curious, the next section is about Smiling Steve™. 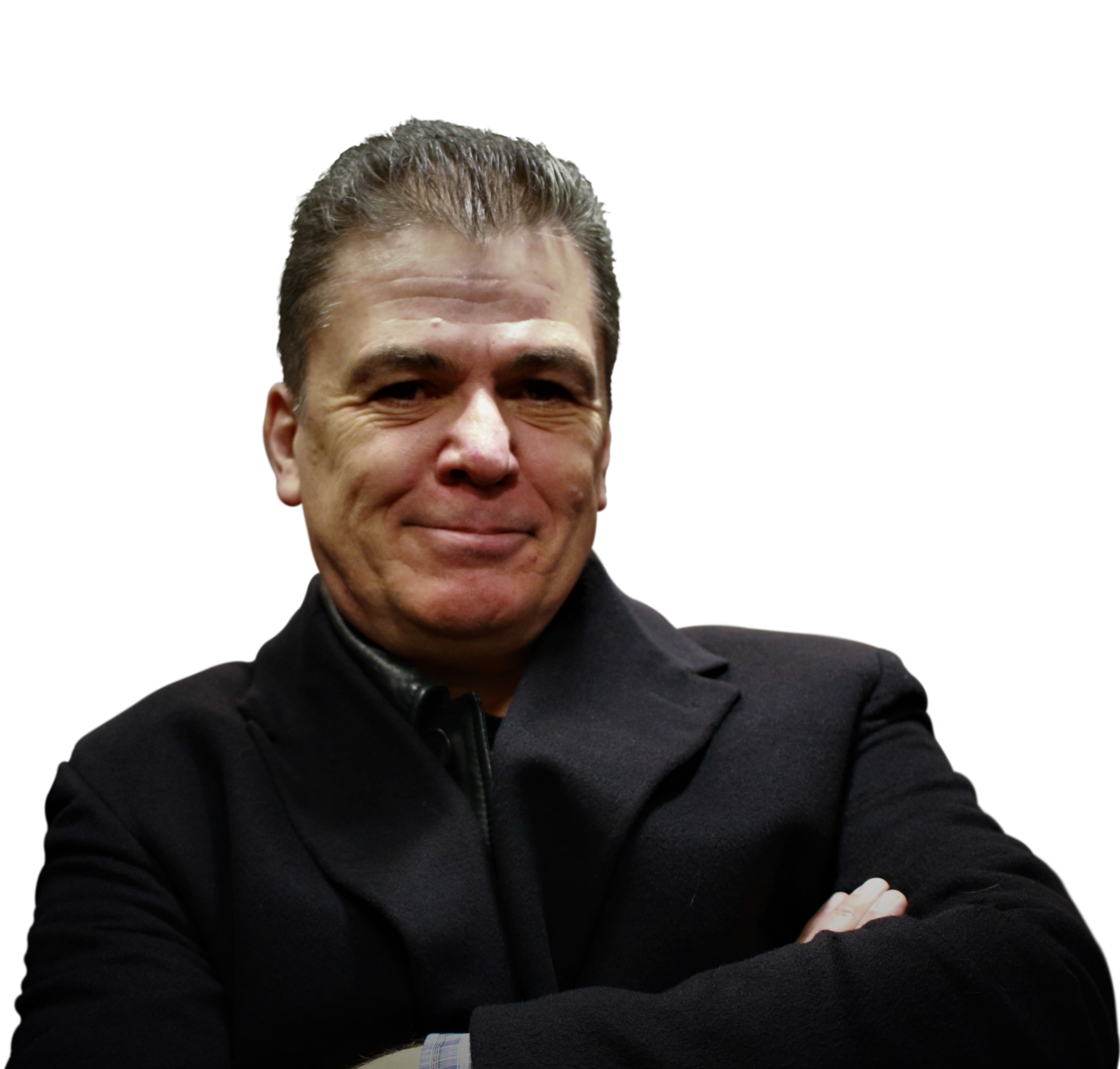 When Dale got serious about learning Network Marketing skills, he found the person he trusted to learn them from, Tom ‘Big Al’ Schreiter. He did not know me yet but would find out that I was there first. Yes, that means I, too, was mentored by Tom.

Tom’s marketing skills helped me drive my income to 6-figures a month. The first time I earned that kind of money was in 2000 when I topped a million in annual earnings.

Since then, my life has been an exciting roller coaster ride of entrepreneurial success with a little bit of disaster mixed in, but I digress.

In the 90s, Tom was teaching a marketing system that generated leads. These were not cheap leads but prospects who not only reached out to the marketer but already knew that person and mainly were pre-sold!

This system was similar to if your warm market called you without you reaching out to them, only they were people on your marketing list. And that is the same concept that caused Dale to create this website.

Dale did not know Tom’s marketing system because he had stopped teaching it. He was made aware by another person that a website would accomplish creating a following. However, Dale did not know the back-end of this type of marketing effort.

Just so you have a clear idea, Dale was able to generate over 13 thousand leads on this site. They all ended up knowing him (or having the illusion of knowing him, which works)!

Before you lose your mind on this concept, Dale did write 500 web pages to get significant traffic. And, you do not have to do that much work to get to the same point.

However, the result of Dale putting in this Herculean effort is evident from what happened when he wrote and published six books on Amazon. Many of the followers from this site ended up buying his books.

If there were no 500-page website, Dale would not have sold as many books. He also generated two types of leads directly from the site, too.

Dale’s story is yet another example of how it took years to be an overnight success!

There was no “get rich quick scheme” here. But, website traffic and followers will create income for decades if the SEO is done right and kept up. For example, Dale had links from this site to Bob and Anna’s website, which they shut down when they retired. Those links then needed to be replaced.

I will show you how to do the website road to riches and the advertising road, too!

Dale knew that Tom mentored me. He also knew I could write and fix this site. These are some reasons why he chose me to take over. Mainly, though, he did not want all the effort he put into the site to be squandered.

Dale knew the site could be better. He did not know how but sensed I could do it, and he was correct.

I began that effort in May of 2021. In June 2022, the site needs to be repaired again. And the things I did not complete in 2021 need some effort to complete also.

Since I own an SEO company, I have decided to make a video series about this. Should you ever wish to do your own marketing and own a website, this video series will be enlightening.

Today, some so-called Network Marketing gurus teach how you can attract people on social media. There are two main branches of these people:

Here is what the latter offers; “buy this pre-planned social media guide, so your prospects come to you!”

Don’t get sucked into any of this, please. Social Media is an excellent way for people to verify that you are a leader in the industry (once you are one). However, you still need to talk to people after they are attracted, which means learning one-on-one communication skills.

Social Media is a tool. And you can recruit people on Facebook, but typing stuff out in direct messages is not the same as talking to them. So, if you do not have verbal communication skills, you MUST learn them.

The Road to Gold

There aren’t any shortcuts to riches. You need skills, and then you can get rich fast. This is often described as:

“Years to become an overnight success!”

Let me give you some examples:

(1) In 1997, I started a website that generated 1.5 million opt-in business opportunity seeker leads. It took eight years to become an overnight success that time!

(2) In 1999, I ran a special offer (ad) to people who had answered my ads and were on my various lists. I made $47,214 in 5 minutes, but when you pull the curtain back from the wizard, it took three years to build that list!

Are you feeling me on this? The key is skills and time.

That is why this site focuses on learning skills. So please keep coming back, because you will learn many of them here.

Thus the content Dake created will not help you learn marketing skills. He did include a few things on solo ads, and I would say they require an update today.

I will be adding content to this site for the next few years, and it will be high-quality free training. I also have a book that you can read about marketing.

If you ever want to reach out to me, use the Contact page on this site.

Dale Moreau in his own words 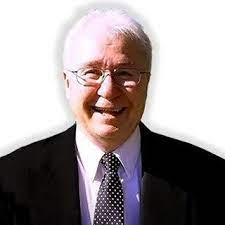 After college, I started in the ministry, preaching and teaching Christian Theology. But that was not to last.

Circumstances changed and I took two directions; one was as a commercial fire alarm sales, and; the other in medical coding. I was successful with both but was never really satisfied.

I felt like my wife and I were just making it. Success in the corporate world bring significant money but also a loss of time freedom that has you away from family far too much.

There had to be a better way.

We had enough money but I didn’t have the time to enjoy it!

Some better option had to be out there but what? I needed financial freedom but without sacrificing family life and just life itself (me time).

The first time I was aware of network marketing I was 19 years old and in college. It appeared to offer life-time income and time freedom but it was the wrong time in my life.

Why did I fail back then?

The thing about all the excuses for my failure back then is they are the very same roadblocks that stop most people from succeeding at anything in life.

I mean, who succeeds without focus? Who excels without learning skills?

The only reason to be in business is to solve problems. If all you can do is see prospects as walking dollar signs, how will you ever stop thinking about what you can get long enough and to discover what problems they have that can be solved in this industry or with the product made by the company you represent?

Bad habits (like TV) and circumstances dictated my actions (or lack thereof) and further controlled my circumstances (I did not make the money I wanted to make and was still stuck working long hours).

Successful people have vision, they see where they can get and stay focused until they achieve their goals. They are not distracted.

Unsuccessful people focus on their circumstances. They are never consistent about their side hustle. In fact, the only thing they are consistent with is choosing bad habits over focus and TV over reaching out to someone they know!

When I finally started to focus, everything changed. I got into Network Marketing again and started gaining the all important skills, which I applied consistently. Soon enough my circumstances  changed forever.

Eventually I started writing, publishing 6 books on Amazon. And I developed this website, which is now being managed by Smiling Steve™.

To give you an idea, the 2 years before I asked Steve to takeover the site, were incredible.  It was all I could do to keep up with the coaching side of my business, so I asked Steve (who is younger than I am) to take over this website, knowing it would be in great hands.

My journey resulted in me being able to teach people on how to find more prospects  and even generate leads online (something Smiling Steve™ knows better than I do!). I was also able to show people how to convert more of their prospects into “newbies” too and they ended up making more money.

The beauty of Network Marketing is;

Every new enrolled or signed up person (newbie) moves you closer to success, and; you keep getting paid over and over again for work you’ve already done until, one day, you simply don’t need to work as much and still have the income.

Real freedom. Money and the time to spend it!

Best of luck. And, if you need help, Smiling Steve™ is here.